To play tic tac toe game, just click any of the 9 fields. To play against the computer click on "Select Difficulty". And have fun playing.
Click Here To Play
TIC TAC TOE 2 Player Online 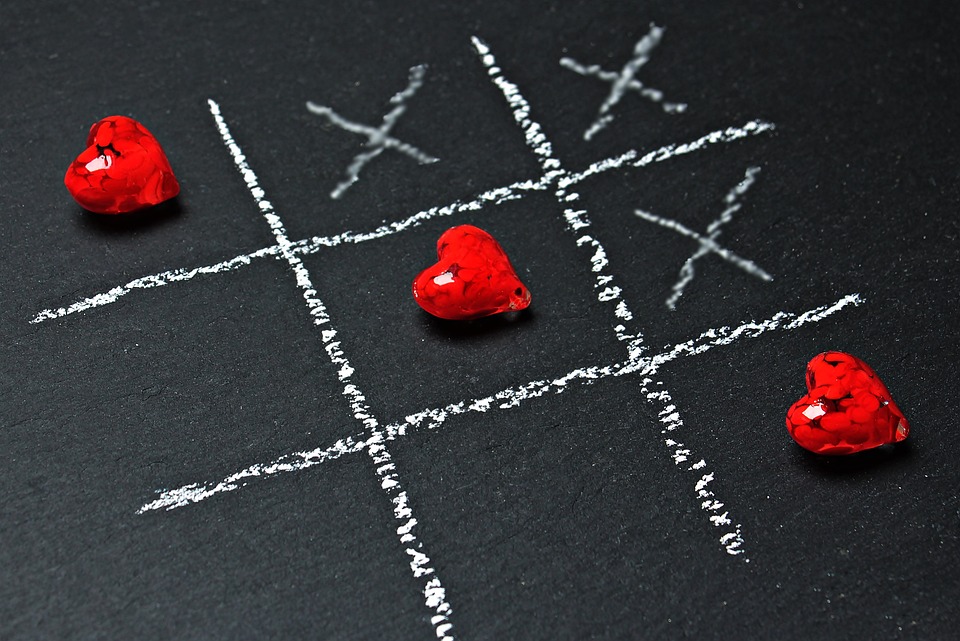 The game tic tac toe (also known as "wick wack woe" and "noughts and crosses") is played by two players. Both players alternate in putting down a symbol (X for player 1, O for player 2) in any of the 9 fields. The first one to get three of his/her symbols on a row, either horizontally, vertically or diagonal, wins the game.

There are three main Tic-Tac-Toe strategies you must follow to win: First: choose to start. If you have the choice you should always start because you mathematically have more options to win. Second: choose a corner if your first or corner or center if you are second. You should always choose a corner first because mathematically it gives the opponent the least amount of options to avoid you winning. Third: pay close attention. If both players follow these strategies you will play draw every time but usually one will lose focus and that gives you an opportunity.

History of the game of Tic Tac Toe

Altough the precise origins of tic tac toe are unkown it can be traced back to the ancient roman empire in 1st century BC. At that time the game was called "Terni Lapilli". Throughout the roman empire carved out grids have been found. It is assumed they used stones to play the game so they could reuse the boards many times.

It is said that tic tac toe is the oldest game still played today. And although no prove has been found is said to be even played in anctient egypt.

Some facts about Tic Tac Toe

Tic-Tac-Toe was the first computer game, invented in 1952 by A.S. Douglas at Cambridge University.

There are 19,683 possible board layouts.

There are 362,880 different sequences to play the game.

When winning combinations are considered, there are 255,168 possible games. Assuming that X makes the first move every time:

The following variations of rules can be used when playing tic tac toe.

Instead of placing a mark alternating each players gets only three marks to place. After placing the third marker instead of adding another marker on of the old markers is replaced. This is actually the style in which the romans played it and gives more dept to the game.

Instead of having a 3x3 grid you have a 4x4 or 5x5 or 6x6 grid and so on. Now the goals is to get 4 in a row respectively 5 and 6 in a row. By grids bigger then 6x6 i recommend sticking to 5 in a row to keep the game playable and giving it more debt.

3d tic tac toe is played by having three 3x3 grids on top of each other. This adds an extra dimension to the game along which also three in a row can be formed.

9 tic tac toe field are placed in a 3x3 grid. Now the on each of the fields the game of tic tac toe is played normally. But now when a player wins that field gets turned to his mark and the goal is to get three in a row on the bigger field with tic tac toe fields.